Urea or carbamide is a simple organic chemical most commonly found in the form of white crystals. Because it contains the substance in human urine, it is called urea. It is odorless and tasteless. Nitrogen is about 46%, so it is called 46-0-0. Its melting point is 132.7 °C. It is dissolved easily in water and alcohol. However, it is insoluble in ether and chloroform. Urea is the first organic compound that is artificially synthesized with inorganic matter. It can form salts with acid. Condensation can be carried out at a high temperature, which creates biuret, tripropylene urea and cyanuric acid. It is a kind of nitrogenous fertilizer with high nitrogen content, which belongs to neutral and quick acting fertilizer. Urea, as the end-product of protein catabolism in some mammals and fish, is used as nitrogenous fertilizer for crops. It is easy to preserve and use. Therefore, it has been widely used as a nitrogenous fertilizer in agricultural production.

Urea is manufactured synthetically by reacting natural gas, atmospheric nitrogen and water together at high temperature and pressure to produce ammonia and carbon dioxide. These gasses are then reacted at high temperature and pressure to produce molten (liquid) urea. This is then cooled and manufactured into granules or prills for industrial use and as an agricultural fertilizer. The hot melt can also be used to prepare urea solutions. Incitec Pivot manufactures granular urea in Brisbane, the only plant of its type in Australia. The nation is not self-sufficient in urea and a considerable quantity is imported to supplement local production. Urea (46% N) is the most concentrated solid nitrogen fertilizer and the most commonly used. Urea has gained in popularity and market share over the last 50 years, and now accounts for around half of the world’s use of manufactured nitrogen fertilizer.

In general, urea will provide the most nitrogen at the lowest cost. It is easy to store and does not pose a fire risk for long-term storage. Urea may be mixed with other fertilizers or may be applied on its own. For plants that love acidic soils, urea is one of the top fertilizers for acidifying soils. For gardeners who grow crops like corn, strawberries, blueberries and other heavy nitrogen feeders, urea will supply immediate and powerful applications of nitrogen.

According To IHS Markit Nitrogen is by far the largest of the three primary nutrients required by plants for strong and heathy growth. Urea is the most widely used nitrogen fertilizer in the world, accounting for some 62% of global demand for this key nutrient. 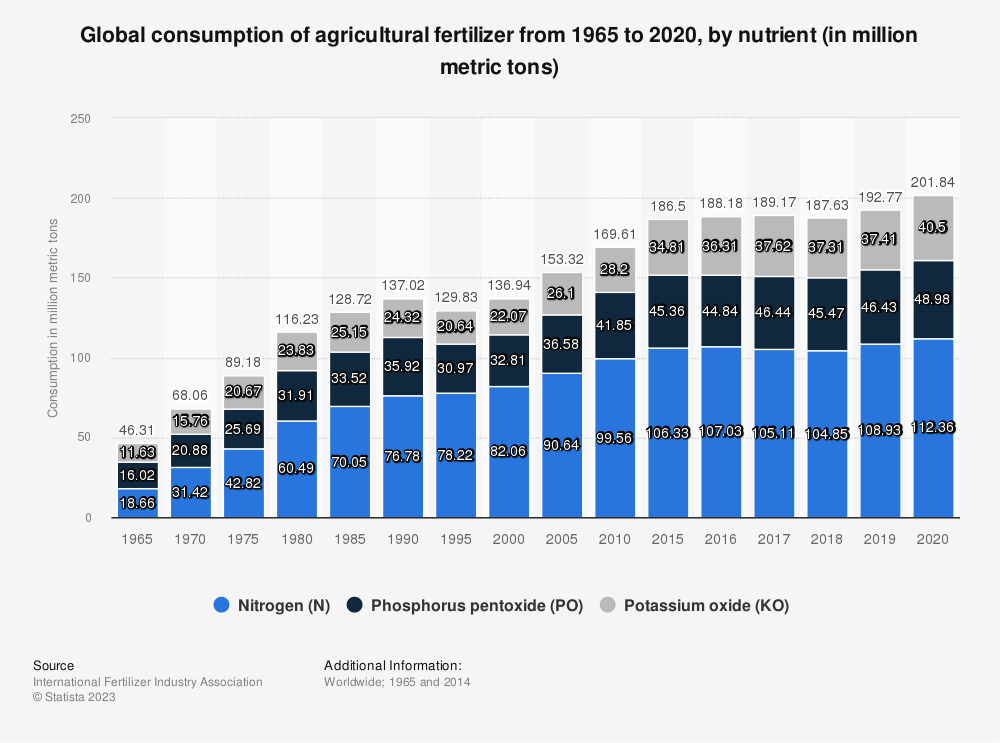 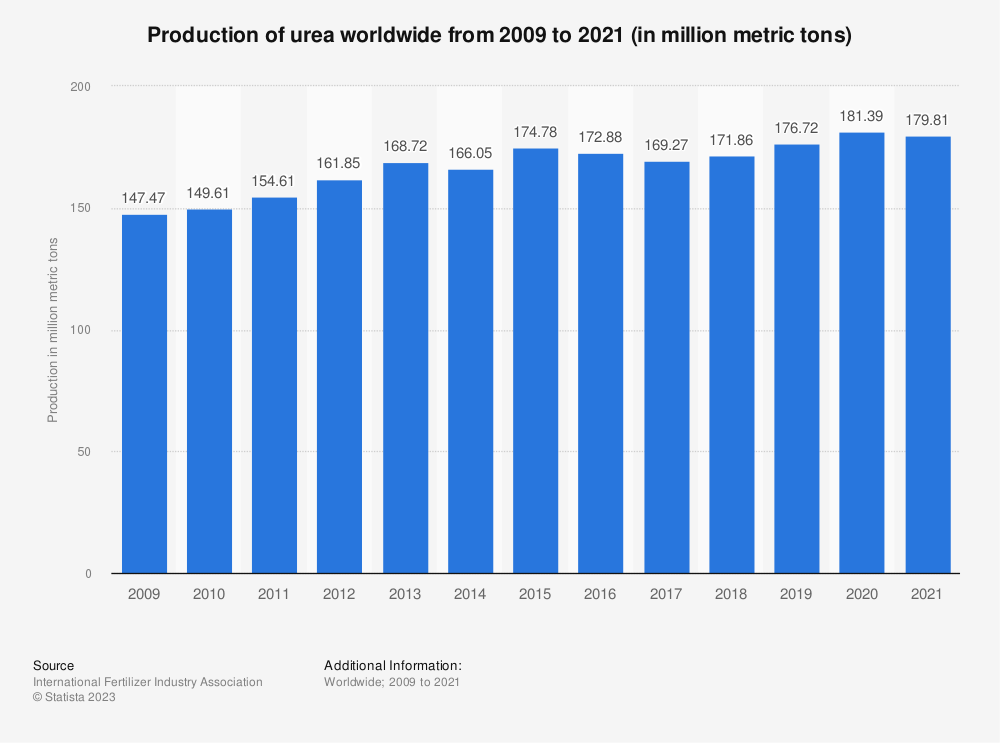